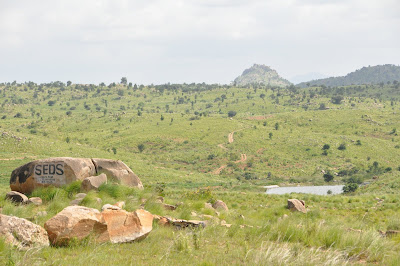 Water and trees have been and still are the most central activities in the operations of SEDS. The philosophy of SEDS is that in this drought prone region the regeneration of the environment is the first thing that must be taken up before anything else. Why? Well how can one organise and strengthen communities if the basic needs are not fulfilled? How can you make people listen if their bellies are empty? So the first priority is to fill their bellies. But the problem is the environment. 30 years ago the SEDS working area saw the first signs of desertification. The farmer families who are living off the land saw their harvests fail year after year

In the beginning it was believed was that all mankind’s problems could be solved with technology. You want water, drill a bore well. Bore wells seemed the answer to all the problems giving the people easy access to water for their families, fields and cattle. But then again, one can drill bore wells, but if there is no restoration of the natural reserves than you will quickly end up with a dry well. 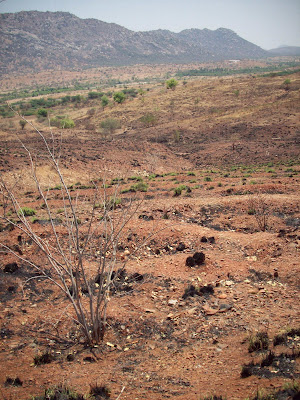 So it was clear to Rajen that even if you take up the most eloquent plan to uplift people and the communities and not consider natural regeneration, you would fail miserably in each of your attempts that would ultimately prove as useful as pouring out a bucket in the dessert. This is why the environmental balance in its most holistic approach must take centre stage in the grand development plan.

Of course the communities must get involved in these undertakings, without them no project would be sustainable or let alone be feasible. In the beginning there was a lot of scepticism, suspicion and sometimes even mistrust for this work. The laborious work of planting trees, digging bunds, excavating trenches, building dams, gully checks and percolation tanks was more or less seen as a bizarre undertaking. A short-lived experiment that very soon would be forgotten. But slowly, over the years, as trees started growing and wells were filling up, people realised the changes that had been made. Mothers were able to give their children fresh water. Farmers could plant their wet fields twice a year and shepherds saw that their livestock was increasing. It was obvious that all benefitted from this work. 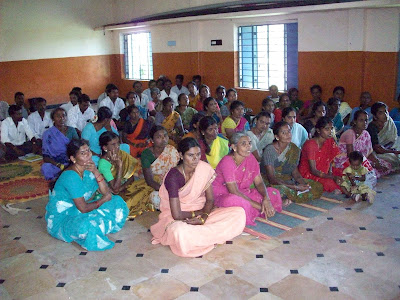 From the first well Rajen has dug on top of Sanipalli Hill (and still full of water) we have come a long way. SEDS has developed many watersheds, planted millions of trees and restored countless wells and check dams.

The change that this work brings is profound and long lasting. Take the village of Gonipetta.

Gonipeta is a small village community in Penukoda Mandal. The village accounts for around 800 residents and with the two tribal communities in the area there are about 1400 people. They live in a harsh and difficult terrain. The village is located in a narrow valley of a small rocky plateau 6 km east of Penukonda. It is characterised by a rolling landscape, sparse vegetation and with rocky soils. Locked in between the hills there is not a lot of good farming land for the people to live off. 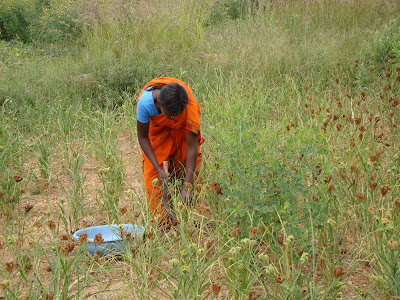 Before SEDS came, in 2002, the community faced a lot of hardship because of the poor land management. A high reliance on biomass for energy requirements and a depleted water table resulted in a lack of vegetation and erosion. The old people in the village expressed that they had faced so many droughts from the past 7 to 8 years and suffered with hunger.

SEDS first priority was to restore the ecological damage that had been done. By creating a network of water harvesting structures, constructed at strategic locations, water run-off was slowed down and given the time to seep into the ground. Before this the water would just flow down from the hillsides to the tank of the village. Valuable top soil would be lost causing the tank near the village to silt up quickly. Also the free flow of water would mean that all the water would come straight to the village tank resulting in a quick overflow and a loss of precious water. 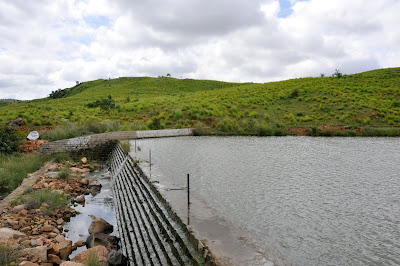 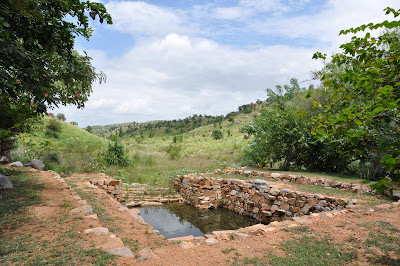 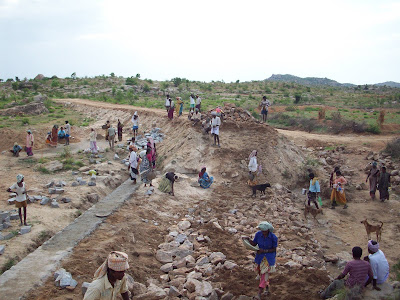 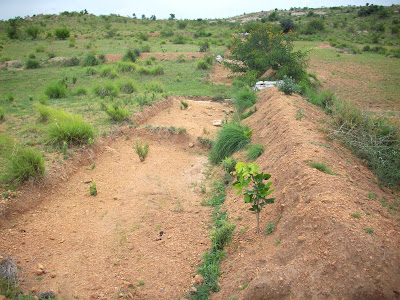 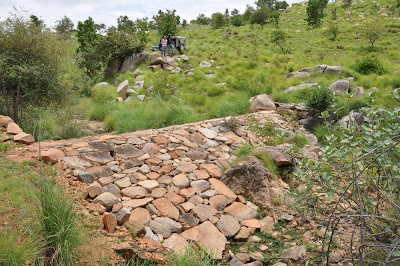 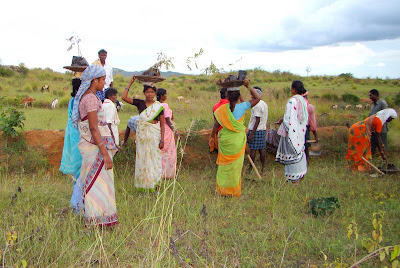 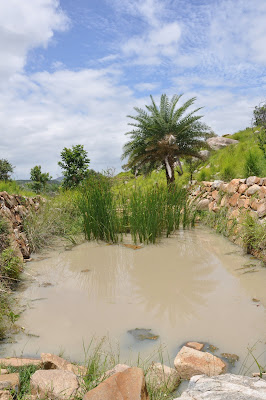 With all these different structures and plants in place the water gets stored at different stages and erosion is halted giving natural vegetation a chance to grow. The results are astonishing.

The drinking water problem was permanently solved in the village. Ground water level has increased from 30 feet to 10 feet level and all the open wells in the village as well as in the field have water. Most of the villagers are taking water from the open well in the village since the water is so sweet and clean to drink. Burden on women and children reduced to fetch water from the fields and faraway places. Due to this, time is saved for the women to attend to house hold chores and children can concentrate on their education. The availability of clean drinking water also benefits the health of the villagers. 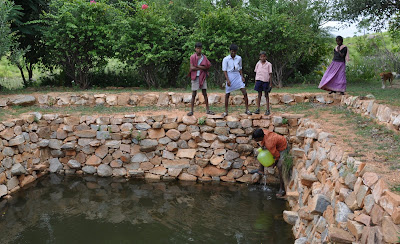 More land has come under irrigation and dry land cultivation has increased. Now all the families in the village are having sufficient stock of food grains. More land also gives more labour opportunities to the villagers.

Livestock population in the village increased more than 50% in the past five years due to the availability of water and fodder. 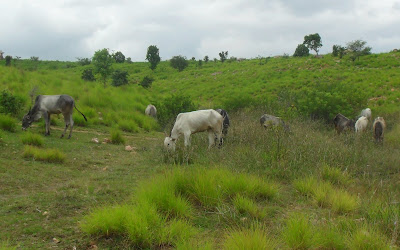 Forest coverage has increased due to planting and natural regeneration is taking place. The availability of fire wood has improved since the hills and hillocks and forest area are protected under the watershed. 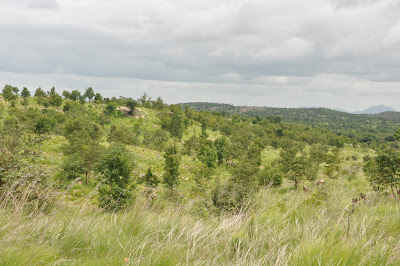 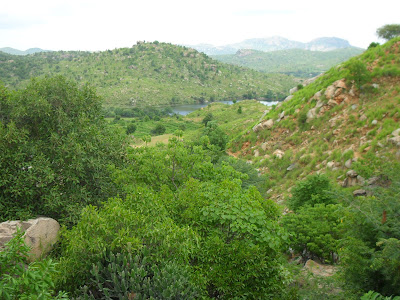 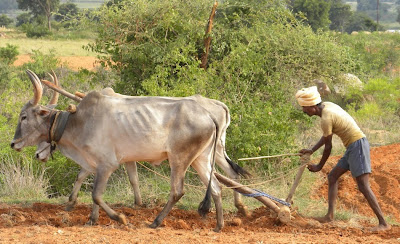 Celebrating 30 Years of SEDS & beyond

SEDS is turning 30 so a major celebration is in place.
We invite you to come on the 30th of December and stay for the New Year.
For more details click on the pictures 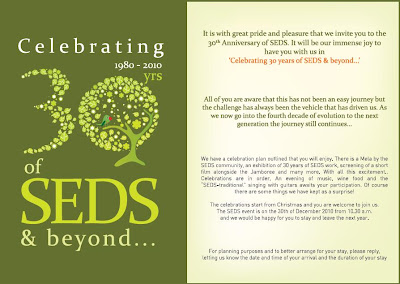 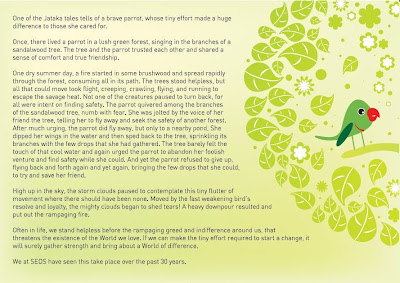