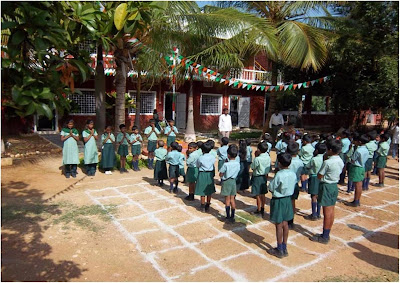 This was the start to out 65th Independence day of India. Ananda Vidyalayam school assembly prayer being said. Followed by the flag hoisting and some recitals performed by the school children. This was followed by the annual sports day 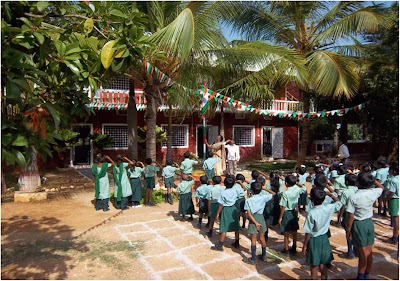 Flag hoisting by chief guest Ms. Maitreyi Kanjilal while everyone salutes the flag. 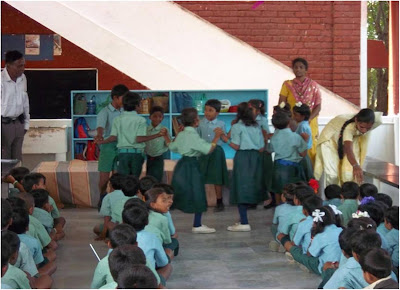 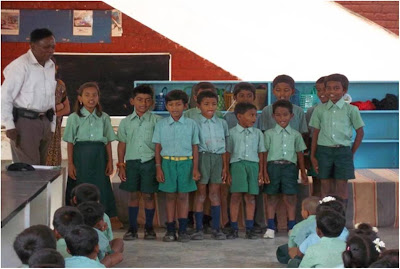 Songs performed by std 4 taught by Henry (left) our school English teacher. He has joined us this academic year and the children have been introduced to singing classes this year due to Henry’s musical talents. 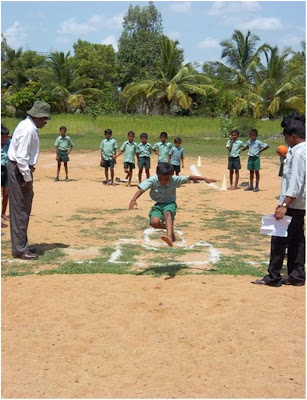 Ananda Vidyalayam has 70 students this academic year. These 70 students are from the lower kinder garden till standard 5. This year they were divided into tiny tots, sub-junior and junior categories. This is the juniors performing at long jump. 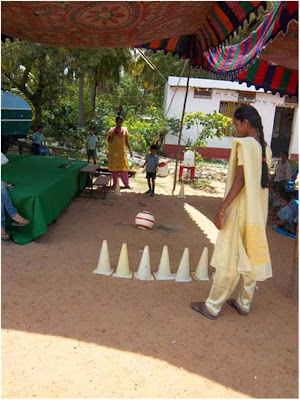 Rolling pins. This game done by the tiny tot category which are the lower kinder garden and upper kinder garden grades, is performed by rolling a football and knocking as many pins down. Other games for the LGK AND UKG were a biscuit eating competition, lime and spoon race, frog jump, musical chairs, in & out, sack race. 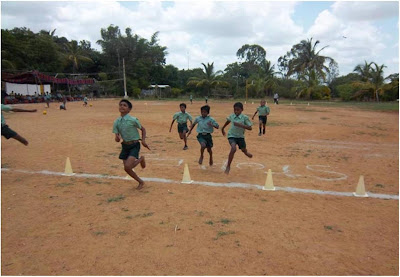 This was the running races that were conducted for the sub juniors and juniors. In this picture you see Murthy from the junior section coming first with Anji and sri latha in third place. Other games were lime & spoon, frog jump, frisbee throw, long jump skipping race, sack race. 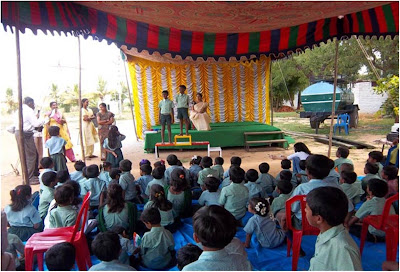 Prize distribution was followed after a cultural program of plays written by Henry performed for the whole school, staff of SEDS and parents who attended. 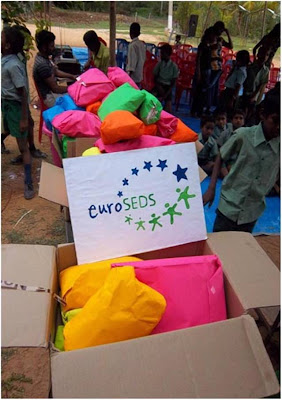 Finally, at the end of the program we had a surprise box event for the children. Euro SEDS from Germany sponsored this event. The children were each given a packet of Boost, a chocolate milk drink and a toy. The toys were cars, Rubik cubes, for the boys and kitchen sets, toy cell phones and Rubik cubes for the girls. There were also a few other gifts that were donated by individual people from Bangalore. 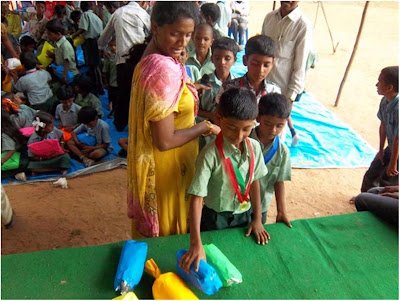 As the children were on their way home after the day of sports, they spent some time opening presents and snacking on a packet of puffed rice. Ananda Vidyalayam would like to say thank you to Euro SEDS the sponsors of the surprise box !